Combines monitor-like sound quality with a vast sound stage.
The flagship model SONOROUS X employs a driver unit integrated with the front plate, which results in resonance being suppressed and clear sound quality. Here, clear, transparent sound combined with a vast sound stage is generated owing to the same titanium diaphragm employed with SONOROUS X. We've achieved sound quality that faithfully reproduces the source music and is pleasant to listen to.
AWARD 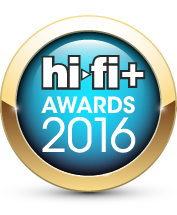 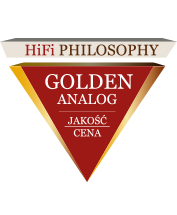 HiFi Philosophy
GOLDEN ANALOG
2016, Poland
Ear pads with an internal sound absorption section that contribute to clear sound quality
The ear pads play an important part in sound quality. When there is a space between the ear pad and the ear, low frequency acoustic pressure changes greatly, and this greatly influences sound quality. So as to achieve a superior fit where it is hard to create a space, we've employed synthetic leather, which has an equal amount of flexibility both horizontally and vertically, and have chosen a sponge with just the right amount of flexibility. Establishing apertures on the inside and the outside of the ear pads makes for clear sound quality
with sealed headphones.
BAM mechanism that realizes bass tones and deep three-dimensional space reproduction
A BAM (Balancing Air Movement) mechanism developed for balanced armature drivers has been employed with a dynamic driver. With BAM, the idea is to optimize the pressure balance between the front and back of the diaphragm. With SONOROUS III, we've applied even more precise tuning based on knowledge obtained through the development of SONOROUS VIII and SONOROUS X.

* What is a BAM mechanism?
At final, we decided to focus on developing technology for the reproduction of bass tones and three-dimensional space with the full-range reproduction of a theoretically unproblematic single driver unit, rather than taking things in a multiway direction. We went back to the beginning and reviewed the performance of the balanced armature driver, focusing our attention on something we had previously overlooked ? airflow inside the housing. We developed BAM (Balancing Air Movement), a mechanism that optimizes airflow inside the housing through the creation of an aperture in the driver unit, which is usually sealed. While achieving bass tones and deep, three-dimensional spatial representation, which proved difficult with single driver full-range reproduction, we achieved a BA type that at the same time made for natural listening the user doesn't tire of.
Rigid ABS housing with a rough coating
To achieve a high level of precision with the hard ABS housing, simulations were carried out until the appropriate level of fluidity with respect to the molding material was achieved. A textured finish that is also used with high-grade camera lenses is applied, and unnecessary vibrations are suppressed.
Titanium diaphragm driver unit is integrated into the front plate
With SONOROUS X, the flagship model of the SONOROUS series, we integrated the driver unit with the front plate, and this suppresses resonance as well as realizing clear sound quality. The housing employs hard resin comprised of hard polycarbonate strengthened with 30% glass added to it. Resonance is suppressed and clear sound quality is achieved. Titanium has been employed for the diaphragm. This plays a role in enhancing resolution and the generation of high frequency harmonic overtones.
Detachable cable with locking function
A metal plated monaural plug with a diameter of 3.5mm is employed for the connector on the headphones. By employing a connector with a long track record, trouble resulting from poor connection through changes over time is avoided. This is a cable with a locking mechanism that rotates 90 degrees.
Specifications

Accessories
Detachable cable with locking mechanism (1.5m)
Sound quality reviews
Headphones where a natural flatness and the sound field stand out. Extremely well-balanced, they produce a sound that you don't tire of even when listening for long periods of time; having few genres that they do not handle well is also one of their characteristics. While they are monitor-like headphones, they are also headphones that you will enjoy using.
User reviews
Since I basically listen to nothing but female vocals, my opinion may be biased, so please forgive me but… for the record, I trialed this product listening to kalafina, angera and KOTOKO.
I felt like with a change from II to III, the sound field from top to bottom is slightly narrower, and was more spread out transversely. Maybe it was because the vocals remained central while the instruments moved away that there was no real change to speak of in terms of vocal volume.
However, in comparison to II, it feels calmer; maybe it's the influence of the transverse spread, but any breaths or sighs in the vocals are teeming with sensuality and beguiling and send a shiver up your spine.
Listening to live recordings of the same artist, and things feel even wider and much, much more real. I myself don't listen to it, but I think this product would also be well-suited to classical music.
Since the sound that is produced is so very natural, there's no such thing as tiring of listening with these – you could listen forever.
An unfortunate aspect with both II and III is that while they are closed types there is sound leakage, possibly because of the holes in the ear pads, and because of this, it's probably a good idea not to use them on trains or in other places.
（male, 40-49 years）
When I listened to classical music and opera, compared to II, the width of the sound stage and the instruments could be heard separately.
Rock and drum attack are wonderful.
Sound transparency and the width of the sound stage feel good. High resolution.
（male, 30-39 years）
As the manufacturer extols, these certainly combine monitor-like sound quality with a vast sound stage.
There's no monitor abruptness; the wide sound field really feels good and it felt like there was really high resolution. Comparing it to II, sound seems a tad thin and weak, but listening to it on its own merits, and you get sound that is very satisfying.
If it's lacking a little in flavor, then tweaking the equalizer a little makes for thoroughly enjoyable sound.
I want to listen to music with good sound; for those who are creating music and recording, I would recommend III.
（male, 40-49 years）
User’s manual
Right click the button below and choose “Save link as” to download.
Gallery
*The images in the Gallery below may be used on SNS, personal bogs and the like, and for review contributions.
It is forbidden to use the images to introduce products on internet auction sites or on shopping sites such as e-bay. 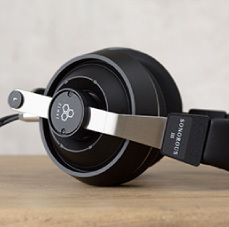 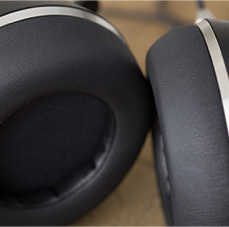 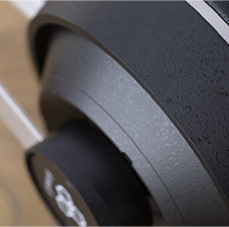 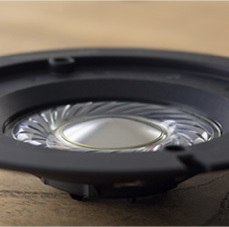 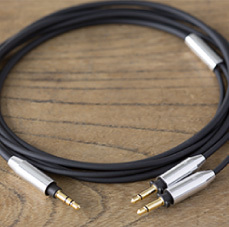 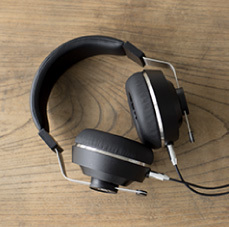