This is the kind of company we are.

final is a company that sells high-end audio earphones and headphones under its own brand final as well as conducting component technology development, product planning, design, planning, manufacturing and sales of other companies’ brands.
The company was established in 2007. It began as a subsidiary of the major American connector manufacturer Molex; in 2014, it went independent through an MBO by the current management team. Now is what you would call its second formation.

Since beginning sales of our own final brand earphones in 2009, our way of thinking regarding good sound quality and designs that differ to those of other major electronics manufacturers has garnered attention, and we have built our own unique place both in Japan and abroad.
In Europe in particular, our products are not only sold at high-end audio shops, but also at high-quality department stores and famous lifestyle shops such as Paris’ Colette, and our sales increase steadily every year.

Products such as earphones and headphones belong to a category known as current electrical appliances whose value is the greatest when they are brand new.
We, however, would like to create earphones and headphones that people have an affinity for and continue to use in much the same way they have with a mechanical wristwatch, the kind that will be valued as an antique in the future.
To that end, it is necessary to embody the design of the product and the way in which it is considered, including the repair system, as a concrete organization or structure.

We aspire to being an organization where people can work feeling that every aspect, including the creation of the company structure, is interesting

Our brand concept is simple and has not changed since the company’s inception.
“the comprehensive pursuit of things that are fundamentally right”.
In our pursuit of this, we have actively adopted cutting edge technology such as 3D printers. We believe that such a pursuit is what creates a brand.

1974
final was established in 1974 by the late Kanemori Takai. The first real product it released was a cartridge designed by Yoshihisa Mori. It had a groundbreaking figure eight air-core coil with a cantilever cut from a one-carat diamond; there was no influence from adhesive or an iron core, and it produced extremely clear sound and was regarded highly. Following this, it created original products such as amps and speakers, and sold everything from the cartridge to amps and speakers as a whole system directly to the customer.

2007
In 2007, with financing from Japan Molex LLC, a large company that developed connectors, final’s president Takai, together with Mr. Yamaguchi, the president of Daiichi Tsushin Kogyo Ltd. – which developed SONY’S professional acoustic equipment – established S’NEXT as a subsidiary of Molex LLC.

2009
A Japanese headphone and earphone factory was acquired in Clark, the Philippines; the manufacture of earphones under the final audio design brand began in conjunction with the beginning of an earphone / headphone OEM / ODM business. At the same time, the manufacture and sales of earphones began under the final audio design brand.

2013
J Co., Ltd., a wholesaler to general merchandising stores was established. The first headphones under the final brand were released onto the market.

2014
Through an MBO by the current management team, S’NEXT acquired all of the company’s shares from Japan Molex. Final’s CEO Kanemori Takai transferred the final business to S’NEXT’s current CEO Mitsuru Hosoo.
High-end audio manufacturer final and the earphone and headphone division final audio design were integrated. The brand name was standardized to “final”, and the company logo was revamped. Joint development of LAB I, the first earphones with a titanium housing created using a 3D printer, with NTT Data Engineering.
J Co., Ltd., a wholesaler subsidiary, began the domestic wholesaling of YAMAHA earphones and headphones.

2015
The company’s head office expanded and relocated from Shinagawa, Tokyo to Kawasaki, Kanagawa Prefecture. Research and development, manufacturing and the company’s physical distribution base were consolidated. A showroom where products could be trialed was opened at the head office.

At our factory, we develop and manufacture the drivers used in final products, as well as assembling high-end earphones and headphones.
Our production staff do not just perform the tasks they are instructed to carry out; they actively make suggestions for improvements so we can create even better products, and carry out their duties with the pride of the true craftsperson.

*The images in the Gallery below may be used on SNS, personal bogs and the like, and for review contributions.
It is forbidden to use the images to introduce products on internet auction sites or on shopping sites such as e-bay. 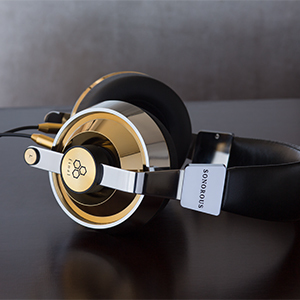 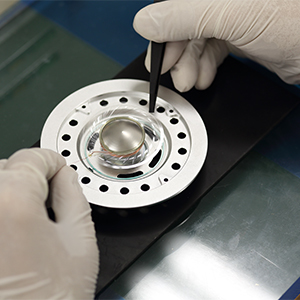 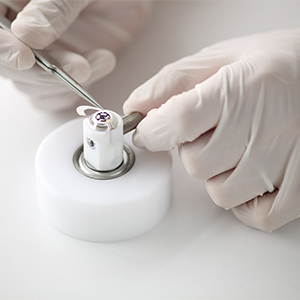 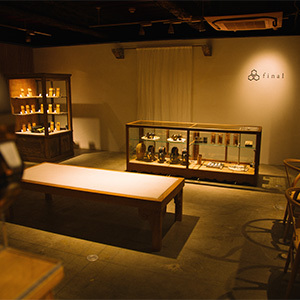 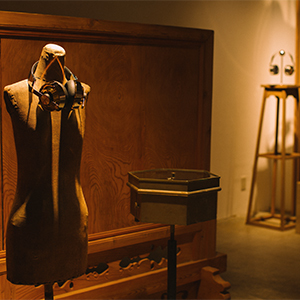 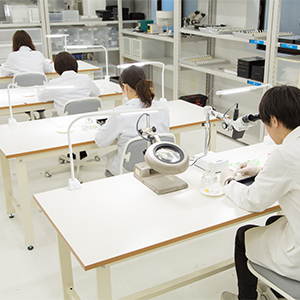