Combines the extrusion of ear pieces with a favorable fit. Delivers sound quality with a sense of openness to it.
Piano Forte X has achieved the true spatial expression of a live concert hall, something that cannot be achieved with conventional earphones. While Piano Fort II is our first lower priced model, it utilizes the same sound-making design concept as its higher priced equivalent. Its unique vent opening fits firmly in your ears without cumbersome earpads, thus opening up a clear, vast sound stage.
Large aperture 15.5mmΦ dynamic driver unit developed by our company
To obtain high-quality sound reproduction even after eliminating silicon ear pieces, we developed a 15.5mmΦ large aperture driver unit in-house. The diaphragm surface of this unit is three times the size of that of regular 8mmΦ earphones. We also paid close attention to the materials used with the diaphragm and to its shape. It is becoming more and more common these days for earphone manufacturers to purchase driver units from outside sources; our strength lies in our product development, where we conduct everything, from driver unit development right through to manufacturing, in-house. With the Piano Forte series, we conduct detailed tuning and screening of products, and this distinguishes our driver units from similar units.
Further, a pressure ring utilizing final's own unique technology is employed. This has been designed in a way that an appropriate amount of pressure is applied to the diaphragm through a combination of an air pressure regulating port and the front surface of the diaphragm being covered with a metal plate. This design is based on the know-how we have gained from our years of dealing with horn speakers. You'll be surprised at the newly experienced reality elicited even from songs you are used to listening to.
The pivot of sound quality – the aperture
At final, we refer to the Piano Forte series with its uniquely shaped sound conduits that have no silicon ear pieces as being "canal open type". With the slightly protruding sound conduit, sound from the diaphragm is fully conveyed to the audio canal, and a superlative fit can be obtained while maintaining the sense of openness of open-type models.

The pivot of sound quality in the Piano Forte series lies in this aperture. With ordinary canal type earphones, silicon ear pieces are used to seal the audio canal. By sealing the audio canal, which connects the diaphragm and the eardrum, it is possible to reproduce even the lowest sounds; in turn, the diaphragm is exposed to high pressure and distortion occurs. At the same time, the silicon ear pad closing off the audio canal moves in much the same way as the diaphragm does. The more the hermetic level is raised and the greater the sound insulation properties, the greater the distortion and resonance sound, and dull bass tones and a feeling of distortion adheres to the music. With the Piano Forte series, silicon ear pieces have been eliminated,
and the section of the product inserted into the ear canal has been machined as a single piece with the product. Natural sound with a sense of openness to it has been achieved.

Usually with earphone reproduction, sound seems to play inside the user's head. With the Piano Forte series, the sound that is emitted passes through space to the user, making it possible to experience a natural way of hearing sound. But using a canal type earphone driver unit - which assumes the sealing of the audio canal – without silicon ear pieces makes for sound that does not bear listening to. To eliminate the silicon ear pieces, it was necessary to develop a variety of technologies, including a large aperture driver unit.
Air pressure regulating port
When the housing is sealed, there is a discrepancy in the pressure at the front and back of the diaphragm, and distortion occurs. The air pressure regulating port works to optimize this pressure difference.
Color variation
Two color variations – blue and brown
Specifications

Accessories
How to wear the earphones
Please check the L (left) and R (right) indicators on the surface aspects of the product. Holding the product, fit into the ears using a slight twisting motion. While playing music, move each ear phone around until you find the position with the balance that suits you best.

* The design of the Piano Forte series means that sound quality changes greatly depending on the positioning of the product in the user's ears.
* It is usual that a person's ears differ from left to right in terms of shape. As such, the optimum positioning of the product differs from left to right.
* In many cases, it is possible to recreate the optimum positioning of the product in the ears once it is remembered.
Sound quality reviews
An entry model that steadfastly carries on the smooth positive components of high-end equipment. The smoothness and denseness of the middle frequencies are characteristic of this product, and the soft reproduction of female vocals are something you wouldn't believe with a product in this price range. Please note the softness imbued in the sound, a softness that has you wanting to listen to it forever.
User reviews
These are not canal type earphones and they're not inner ear types – they're a new type of earphone.
There's no sense of stagnation and outside sound isn't impeded; considering things from the aspects of both health and safety, I bought these for my children who are studying music.
At first, it was hard to fit them, but they soon got used to them and seem to be very satisfied with the sound quality and the area of the sound field.
The refreshing, vast sound field, unthinkable for this price, is truly satisfying.
Even if you have a thing for other earphones, this is sound that you'll want to listen to from time to time.
It would be a good idea to have a pair of these.
（male, 40-49 years）
I decided to buy this product as soon as I trialed them and felt the new style of fit they delivered.
The first thing I focused my attention on was the low price. Until now, final audio design had a strong image as a manufacturer of luxury earphones; with this product, that image – hard for students to approach – has crumbled, but in a good way.
Despite the price being low, the driver itself is the same as that employed in luxury earphones, and sound quality is fantastic. Fitting these gives you a sense of openness, and they can be used for extended periods of time. In fact, the fit is so good that as you're listening, you forget that you're wearing them.
Because of this open fit, sound is extremely clear across a wide area, and they play truly good music.
（male, 10-19 years）
When I first got my hands on them, I did nothing but smile (LOL). These earphones are really light, but despite this, the sound they produce has weight to it. It's not an unpleasant weight, but a comfortable one.
The feel of this sound entering your ears feels good.
Personally, I really like the balance between the sound spread and sound pressure.
My ears never hurt, and I don't get tired of using them.
What I would like more of is bass tone resonance and high frequency range.
The transverse spread of sound is good, but I'd like a bit more vertical spread.
There are songs that these earphones handle well and those that they don't.
Because they are canal type, they fit my ear shape well; when I wanted my friend to try them out, they didn't fit them properly, which was a shame.
These earphones have great cost performance.
I believe that these earphones have a world view that is theirs alone, so I encourage you to try them.
（male, 10-19 years）
Gallery
*The images in the Gallery below may be used on SNS, personal bogs and the like, and for review contributions.
It is forbidden to use the images to introduce products on internet auction sites or on shopping sites such as e-bay. 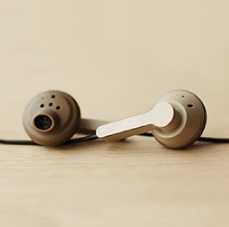 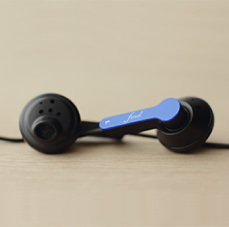 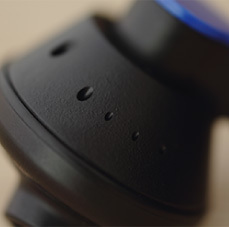 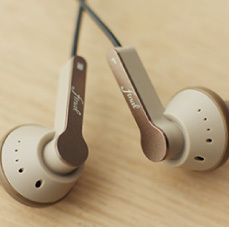 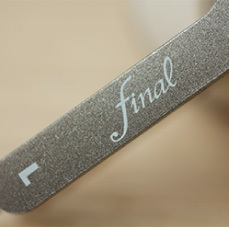