Eliminating compromise in the pursuit of ideal sound, this product is handcrafted by Japanese engineers.
With our special "BAM Mechanism" design, air movement inside the housing is optimized, allowing the BA-SS to produce deep bass without the distortion and muddiness normally reproduced by BA unit earphones. The design theory of this breakthrough earphone rests on a single driver directly connected to the circuit ? uncomplicated by the presence of other drivers. The BA-SS is a handmade product, made by Japanese sound engineers with a full-focus on ideal sound with no compromises. This is our flagship model of the BA series and our premium model in the Balanced Armature category.
AWARD 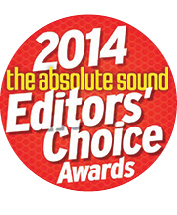 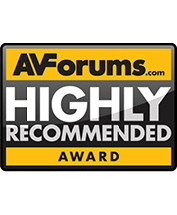 AVForums
HIGHLY RECOMMENDED
2013, UK
BAM mechanism produces bass sounds and stereo spatial interpretations
With balanced armature driver units, iron is driven to produce sound, and as such, these drivers face a number of problems, amongst which are "proving tiring to listen to", "having sound that is subtle and beautiful, but lacking in depth and being flat" and "lacking bass interval". At final, we decided to focus on developing technology for the reproduction of bass tones and three-dimensional space with the full-range reproduction of a theoretically unproblematic single driver unit, rather than taking things in a multiway direction. We went back to the beginning and reviewed the performance of the balanced armature driver, focusing our attention on something we had previously overlooked ? airflow inside the housing. We developed BAM (Balancing Air Movement), a mechanism that optimizes airflow inside the housing through the creation of an aperture in the driver unit, which is usually sealed.

While achieving bass tones and deep, three-dimensional spatial representation, which proved difficult with single driver full-range reproduction, we achieved a BA type that at the same time made for natural listening the user doesn't tire of.
Original balanced armature driver unit
Since the BAM mechanism optimizes the flow of air within the housing, according to our own unique specifications, an opening has been established on the back of the driver unit, which is usually closed.
Highly rigid machined stainless steel housing
There are five pieces per side to the housing, which has been machined from stainless steel. In the pursuit of the ideal BAM mechanism, special care has been taken even with the parts of the housing you can't see, every part of which has been created using extremely complex manufacturing processes. Usually the cable is connected within the housing to secure it. With this FI-BA-SS, however, we've employed a collet chuck to secure the cable, so that the air flow through the inside of the housing is not compromised. The high-precision processes used even in such hidden aspects of the product support FI-BA-SS's outstanding sound quality.
Original clear earpieces: five sizes to choose from
Comes with two types of ear pieces. The E type ear pieces employ two types of silicon differing in rigidity for the sound conduit and for the earbud that comes into contact with the user's ear. The silicon used for the sound conduit is more rigid than that used for the earbud, and by having groove processing applied to it, combines both strength and flexibility. It fits itself to the shape of the user's ear while maintaining its form. Soft silicon has been employed for the earbud, making for a comfortable fit and a high level of sound insulation. The 5 sizes SS/S/M/L/LL of E type ear pieces are joined by the C type ear pieces (3 sizes) which differ in terms of bass reproduction and how airtight they are. Please choose the type and size that your prefer.
Original Cable
An original flexible cable that suppresses touch noise.
BAM vent that allows for both the control of airflow and to prevent sound leakage
A BAM vent has been established on the back of the housing to allow for both the control of airflow and to prevent sound leakage.
Specifications

Accessories
Leather carry case, Silicon ear piece (E type 5 sizes, C type 3 sizes)
How to wear the earphones
Please check the L (left) and R (right) indicators on the left and right bushes. Holding the product, fit into the ears using a slight twisting motion. Since sound quality differs greatly according to the positioning of the ear piece, move each ear phone around while playing music until you find the position with the balance that suits you best. Once you find this position, it will easy to replicate it on subsequent occasions.

Sound quality reviews
Smooth, natural music representation across all bands is characteristic of this model. The softly lingering high frequencies and subtle soft middle frequencies are perfect for female vocals. We encourage you to experience the speed and naturalness of the rise in sound characteristic of stainless steel housings yourself.
User reviews
I ventured into the high-end world of earphones with Heaven IV. Having used them for a number of years, I decided that I might as well take a look at the terminus for single BA types, and so I bought this BA-SS.
I gave them a listen, and was surprised! Songs that I had listened to before were just so detailed, and no matter how many sounds the sound was created from, each and every one of them could be clearly grasped, which made for an enjoyable listening experience.
Since discovering this sound, while I wouldn't go so far as to say that no other earphones will do, I can't shake the feeling that I want to listen to music with these earphones.
I'm going to take care of these earphones…
（male, 20-29 years）
Overall sound is extremely natural, and there's no awkward (unusual) exaggeration. Some people may think "Huh?" when they buy these earphones and listen for the first time. But when you continue using them, you're bound to realize that each sound is natural, that music has a rapid attack, and that they orient themselves naturally in a wide sound field.
Being attracted to the sound produced by these earphones, there's no doubt that words of praise used for other earphones, such as "high tones have a sparkle to them" and "bass tones have a throbbing resonance" will feel exaggerated and unnatural.
The blow-off pipe of wind instruments, the attack of cymbals, the spatial orchestral feel, the reality of vocals.
These are things that leap into your ears in harmony.
I think you should give these earphones a trial. And finally, these earphones surprisingly lend themselves to all music genre, so I'd recommend them for people who like all music genre other than acoustic music.
（male, 30-39 years）
Gallery
*The images in the Gallery below may be used on SNS, personal bogs and the like, and for review contributions.
It is forbidden to use the images to introduce products on internet auction sites or on shopping sites such as e-bay. 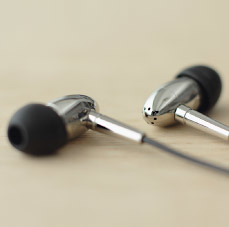 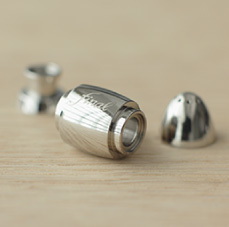 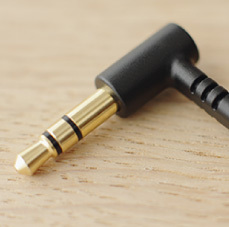 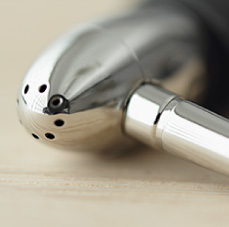 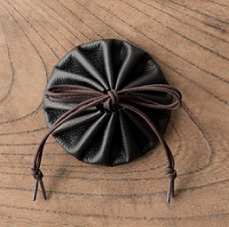 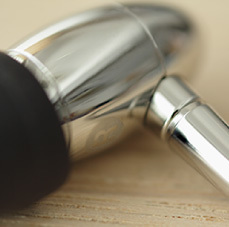