Natural vocal reproduction that combines warmth and clarity. Realistically reproduces the atmosphere of live music through wide, deep spatial representation.
With the new Heaven VI type BAM, natural vocal reproduction that combines warmth and clarity is achieved. Brass is employed for the housing. Heaven V has a wide, deep sound field and reproduces the atmosphere of live music vividly.
BAM mechanism produces bass sounds and stereo spatial interpretations
With balanced armature driver units, iron is driven to produce sound, and as such, these drivers face a number of problems, amongst which are "proving tiring to listen to", "having sound that is subtle and beautiful, but lacking in depth and being flat" and "lacking bass interval". At final, we decided to focus on developing technology for the reproduction of bass tones and three-dimensional space with the full-range reproduction of a theoretically unproblematic single driver unit, rather than taking things in a multiway direction. We went back to the beginning and reviewed the performance of the balanced armature driver, focusing our attention on something we had previously overlooked ? airflow inside the housing. We developed BAM (Balancing Air Movement), a mechanism that optimizes airflow inside the housing through the creation of an aperture in the driver unit, which is usually sealed.

配件
Steel carry case, Silicon ear pieces (E type 5 sizes, A and B types 3 sizes each)
如何佩戴
Please check the L (left) and R (right) indicators at the back of the left and right housings. Holding the product, fit into the ears using a slight twisting motion. Since sound quality differs greatly according to the positioning of the ear piece, move each ear phone around while playing music until you find the position with the balance that suits you best. Once you have experienced this position, it will be easier to find subsequently.

* The L (left) bush has a left and right identification protuberance, so that it is possible to distinguish between left and right in the dark by feel.
* It is usual that a person's ears differ in shape from left to right. As such, the optimum positioning of the product differs from left to right.
音質評價
Overall lively low frequencies with tension and depth are characteristic of these earphones. High frequencies combine a balance of brightness and ease of listening. Since they are extremely well-suited to crisp guitar sounds, we encourage you to try listening to the music of your favorite bands with this product.
客戶評價
I was looking for a single BA model around ¥30,000, and compared products at both retail and specialty stores; the final Heaven series has bass and their balance, sense of realism and width was great, so I decided on the Heaven series.
I particularly liked Heaven VI, but owing to budgetary constraints, I reluctantly had to give up on them. I was torn between Heaven V aging and Heaven V, but the sound of Heaven V appeared sharper and I felt that it suited me better, and that and the fact that they had it in stock at the outlet had me decide on V.
When I got them and I listened with them in a quiet environment, there was more of a sense of realism then there was when I listened at the store; vocals sounded beautiful and I was glad once again that I had bought them.
I had an image of the cable being heavy and stiff, but the section above the fork is softer than I thought it would be and not really that heavy, and it doesn't seem like they're going to fall out of my ears. However, the cable is a little long for me, so I want to wind it up together, but the section of the cable below the fork is a bit stiff and flat, and it's hard to wind it up neatly, plus when I use them when walking, there's a bit of touch noise.
But that's not really that big a deal, and cost performance is fantastic. I give these 5 out of 5 in terms of satisfaction.
（male, -）
The other day, I enquired about vocals. I was recommended Heaven VI, and I trialed them at e-earphone and at Yodobashi, and purchased V. This is my report.
I was very torn, but I felt that if I bought VI, I'd be stumped later, so I took that into account. This time, I chose V; I'm saving VI for the next stage.
V floods a space with mellow sound, and the singer and the musical space appear to be in sync. VI are substantial and give you an elegant lucidness. Common to both V and VI is the beauty of the lingering notes that hang in the air as they disappear.
I use a highway express bus to travel to the school in Tokyo that I work at. The ride is long, and I enjoy listening to music on my ride. In particular, I listen to baroque, Bach (cantata etc), and before that ancient unaccompanied instrumental music from up until the beginning of the 17th century (violin, cello, recorder), vocal music, Japanese emotive songs (Chieko Baisho, Yumiko Samejima), rakugo (Shincho) and literary works read aloud (Japanese, German).
At home, I listen to them on an English CD player with a 50 year old German Siemens speaker, a tube amp and Ortofon spu cartridge.
The sound from V and VI seems connected at a fundamental level to the timbre that these emit. They're in a different dimension to earphones that I have used previously. They are manifestly musikalisch. I was surprised.
Added to this, left and right can clearly be distinguished by shape; this is associated with ergonomics, and is an outstanding design with no stress when inserting them into your ears.
（male, 60-69 years）
用戶手冊
點擊下面按鍵的右鍵，選擇「另存鏈接為」來下載。。
照片集
照片集的圖片可用於SNS、個人博客以及評論。禁止在拍賣網站或購物網站如e-bay上使用這些圖片以介紹產品。 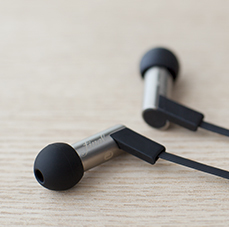 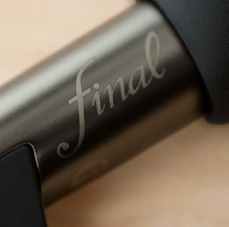 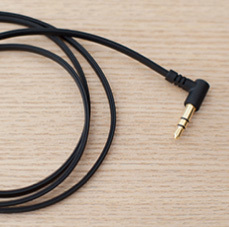 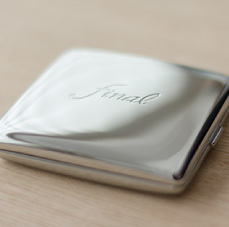 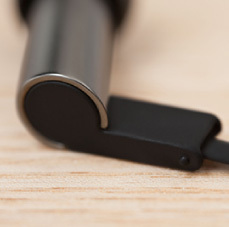