Delivers three-dimensional spatial representation. Comprehensively reproduces the atmosphere of live music.
Equipped with the new model BA we developed ourselves, this product delivers a stereo spatial interpretation. The housing employs stainless steel. Fully duplicates the atmosphere of a live concert venue with it's fast-paced sound.
獎項 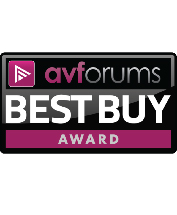 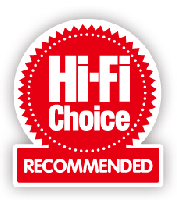 AVForums
BEST BUY
2014, UK
BAM mechanism produces bass sounds and stereo spatial interpretations
With balanced armature driver units, iron is driven to produce sound, and as such, these drivers face a number of problems, amongst which are "proving tiring to listen to", "having sound that is subtle and beautiful, but lacking in depth and being flat" and "lacking bass interval". At final, we decided to focus on developing technology for the reproduction of bass tones and three-dimensional space with the full-range reproduction of a theoretically unproblematic single driver unit, rather than taking things in a multiway direction. We went back to the beginning and reviewed the performance of the balanced armature driver, focusing our attention on something we had previously overlooked ? airflow inside the housing. We developed BAM (Balancing Air Movement), a mechanism that optimizes airflow inside the housing through the creation of an aperture in the driver unit, which is usually sealed.

While achieving bass tones and deep, three-dimensional spatial representation, which proved difficult with single driver full-range reproduction, we achieved a BA type that at the same time made for natural listening the user doesn't tire of.
An original balanced armature driver unit developed by us in-house
In collaboration with Molex Japan, final audio developed and manufactured a new balanced armature driver unit. In the pursuit of sound quality, we focused our attention on the choice of materials used with this driver unit, using a permalloy with high magnetic permeability for the magnetic circuit.
Highly rigid machined stainless steel housing
The housing, which has been machined from stainless steel, appears simple at first. But the inside has been precision machined. To achieve the new BAM mechanism, it was necessary that the precision with which the housing was machined be higher than usual. This paid off; it was possible to make the internal structure simpler than it was previously, and the effect of the new BAM has been shown across all bands.
Original ear pieces available in five sizes
Three types of ear pieces come with the product. The new E type employs two types of silicon differing in hardness for the sound conduit section and the section that comes into contact with the user's ear. Compared to the section that comes into contact with the user's ear, the sound conduit section utilizes a harder silicon with grooves in it, so as to combine strength with flexibility. Can be fitted into the user's ear while maintaining its round shape. For the section that comes into contact with the user's ear, soft silicon has been employed, making for a comfortable fit and a high level of sound insulation. Joining the E type and the five sizes it comes in SS/S/M/L/LL are the A type and the B type, which differ in terms of how airtight they are and in terms of bass reproduction (come in three sizes). Please choose the size and type that is right for you.
An original cable that suppresses touch noise
Compared to previous cables, this is more flexible. An original, flexible cable that suppresses touch noise.
Color variation
BLUE GRAY, BLACK, two color variations
規格

配件
Silicon ear pieces (E type 5 sizes, A and B types 3 sizes each)
如何佩戴
Please check the L (left) and R (right) indicators at the back of the left and right bushes. Holding the product, fit into the ears using a slight twisting motion. Since sound quality differs greatly according to the positioning of the ear piece, move each ear phone around while playing music until you find the position with the balance that suits you best. Once you have experienced this position, it will be easier to find subsequently.

* The L (left) bush has a left and right identification protuberance on the outer aspect, so that it is possible to distinguish between left and right in the dark by feel.
* It is usual that a person's ears differ in shape from left to right. As such, the optimum positioning of the product differs from left to right.
音質評價
A sharp outline and clear high frequencies are characteristic of this product. Being clear, crisp and listener-friendly, this is sound that has the listener feeling a sense of excitement. We encourage you to note the crispness of the guitar tones and the timbre of the drum cymbals. There's no doubt that with this product, you'll get the final feel.
客戶評價
I have a number of final earphones, but personally the model I would like to recommend the most is Heaven II.
The road leading up to my purchase was a bit long; on the online shopping site JustSystems, famous for the all-Japanese word processing software Ichi Taro, they were selling limited numbers of final audio design's BA earphone assembly kit FI-KITB1SS. I already had Heaven V Aging, so I was hesitant to buy this, and then they sold out and I had regrets. I relieved the regret I felt at them being sold out by buying Heaven II, which I considered to be the origin of this assembly kit.

People say that the touch noise of the flat cable is a problem, but thinking about it, when you're traveling to and from work or school, you're surrounded by a variety of different noises, and there's no touch noise when you ride a train, so I've gotten so that it doesn't worry me anymore.
On the contrary, I feel that there's more merit in the sturdiness of the flat cable; there's no need to worry about wire breakage even when you wrap the cable casually around ONKYO DAC-HA300, a heavyweight DAP. You can treat it roughly without worrying about it.
I recommend this product to everyone.
（male, 40-49 years）
照片集
照片集的圖片可用於SNS、個人博客以及評論。禁止在拍賣網站或購物網站如e-bay上使用這些圖片以介紹產品。 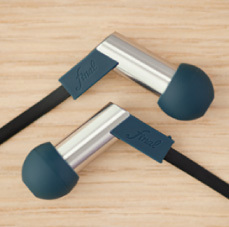 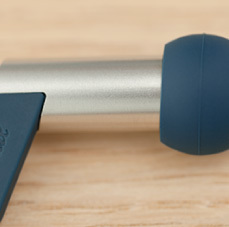 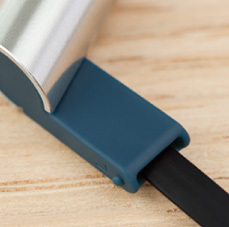 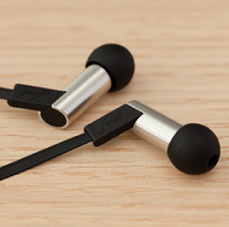