SS size：WHITE
S size：RED
M size：BLUE
L size：PINK
LL size：NAVY
Aging
Aging refers to the phenomenon whereby the sound produced by the earphones changes over time as they are used. There is a small driver unit – what could be called a speaker – inside the earphones; a diaphragm of extremely thin film is attached to this using a coil and an adhesive agent. With aural signals, the diaphragm moves in micronic increments while the coil moves, giving off sound. While it can’t be proven, we believe that in this situation, the adhesive section may possibly influence these infinitesimal movements. Using the product over a set period of time, the diaphragm moves more easily, and sound quality approaches the original design intent. This product has a small aperture, and so an extended period of time is necessary for changes through aging to become indecipherable. In general, if the product is used in a normal way over a period of 150 ~ 200 hours, it should feel that sound has become more subtle. A more favorable outcome can be obtained through aging of the product by listening to the music you normally listen to at a volume you usually listen at, rather than expediting aging through very high volumes or aging through noise. While not an accurate metaphor, when you make unnecessary movements to break in a pair of shoes, you’re bound to cause wrinkles different to those that occur when you walk normally. In the same way, rather than having the diaphragm move unnecessarily, it is better to think that it is more natural to break it in in the environment in which it is used.

There is also a psychological aspect to aging. Buying a new set of earphones, the impression you had of these earphones prior to buying them is by no means set in stone. You’re actually making a relative comparison between these and the earphones that you use on a daily basis. When you buy a new set of earphones and continue to use them for a set period of time, those earphones become the standard. An evaluation of sound quality based on continuing to use them until they become such a standard makes it easier to choose a product that you don’t get tired of over the long term.
Specifications
Accessories
Ear tips in 5 sizes with axis color inspired by EVA characters (final TYPE E)
How to wear the earphones
Please refer to the earpiece swing fit mechanism while fitting the product; align the product at an angle where it fits smoothly into the ear.
Please check the L (left) and R (right) indicators on the housings. Holding the product, fit into the ears using a slight twisting motion. Since sound quality differs greatly according to the positioning of the ear piece, move each ear phone around while playing music until you find the position with the balance that suits you best. Once you have experienced this position, it will be easier to find subsequently.

* It is usual that a person's ears differ in shape from left to right. As such, the optimum positioning of the product differs from left to right.
Sound quality reviews
In animation, various techniques are used for recording sound, such as changing voice quality in order to express characters’ emotions and changing the distance between the performer and the microphone to express the positional relationship between characters. Because these types of changes in voice quality and distance perception are reproduced by these 3D audio earphones as intended by the performers and producers, one can experience a bodily sensation of immersion as if the listener were part of the story.

©️khara
User’s manual
Right click the button below and choose “Save link as” to download.
Gallery
*The images in the Gallery below may be used on SNS, personal bogs and the like, and for review contributions.
It is forbidden to use the images to introduce products on internet auction sites or on shopping sites such as e-bay. 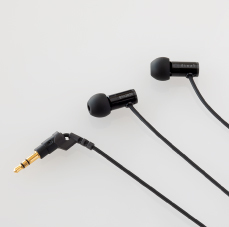 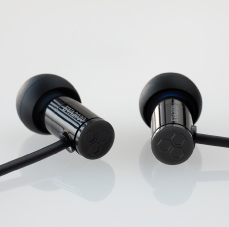 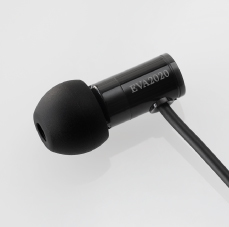 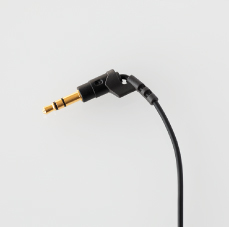 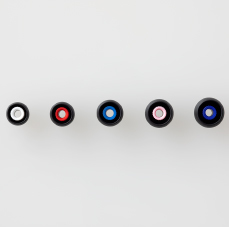