final’s flagship model realizes transparent sound for the uplift that can be gained by listening to music
Development of the A8000 began with reconstruction of physical measurement and subjective evaluation methodologies. Under the subjective evaluation methodology established at the time of D8000's development, the E Series achieved sound quality highly evaluated by many people and became a best seller. With the A8000, a new evaluation index has been incorporated into that subjective evaluation methodology. Among factors that determine sound quality for earphones and headphones, amplitude frequency response is predominant, but there are some sound impression cannot be explained by it. For example, the most critically evaluated aspect of classical music recordings is called transparent sound, a sound impression by which sound is very clear even it is localized at a distant location. We have been considering the realization of this sound impression to be extremely important for becoming uplifted by listening to music. We believe that the high evaluation of our D8000 headphones owes to the realization of such transparent sound. Until now, we have employed modification of the amplitude frequency response, known as tuning, to modify the sound of our earphones, but because it cannot make a great change to time response, it became difficult to achieve transparent sound through tuning. This time, with the aim of achieving transparent sound for earphones, final has developed its own proprietary Perceptual Transparency Measurement (PTM) evaluation methodology. As a result of evaluation and improvement of interrelations between principal components analyized by the results of subjective evaluation and data analysis of impulse response that could not be gleaned from frequency response in the past, an ideal diaphragm material that is extremely light and possessing high sound speed comprised of ultra-thin Beryllium foil (Truly Pure Beryllium Diaphragm) has been adopted for the A8000.
Features
Adoption of Truly Pure Beryllium Diaphragm
The A8000 employs a diaphragm made from ultra-thin Beryllium foil (Truly Pure Beryllium Diaphragm), which is said to be an ideal diaphragm material due to its light weight and high sound speed. With a specific gravity of 1.85 and a sound propagation velocity of 12,900 m/s, second only to that of diamond, Beryllium has ideal characteristics for a diaphragm material. The adoption of pure Beryllium will lead to improved time response that greatly transfigures sound into transparent. The sharpness of sound build-up and the lingering resonance of the sound can be clearly felt, as can the silence between sounds. Crafting thin pure Beryllium foil is difficult. Our engineers had to struggle to make it stable enough for the product, but it can be said to be a valuable material that pays off our hard works. In order to realize transparent sound through such superior materials, the same high quality has been demanded of the other components of the drive unit as well as the design and manufacturing technology. We have succeeded in leveraging the experience of developing and manufacturing our own dynamic drive unit to draw forth the advantages of pure Beryllium. ※ In the past, a Beryllium diaphragm was created by vacuum deposition of a thin coat of Beryllium onto a resin film. This was effective as an improvement methodology, but the characteristics of the film remain predominant. When pure Beryllium is used as the only material for the sound producing part of the diaphragm, the sound and characteristics are completely different.
Balancing getting an uplift from a wide range of musical genres with universally good sound.
Sound design for these models has been undertaken with attention to the relationship between spatial impression and dynamic range of music, and the physical characteristics of earphones and headphones. We have categorized sound creation on music recording onto these two axes: spatial impression and dynamic range.

One way of thinking regards the distance perception. Classical and jazz recordings are thought to be performed with emphasis on aspects of spaciousness, such as sense of distance, broadness and reverberation. On the other hand, rock, pops and many of the recent animation soundtrack recordings, spaciousness is not as highly emphasized. There is thought to be greater emphasis on clarity, which brings the various instruments and vocals to the front.

The difference between these two ways of thinking pertains not to which is superior but rather differences in how music is composed and what is demanded of it. With regard to classical music, and that played by orchestra in particular, the spatial orientation of instruments is particularly important. Stringed instruments are positioned nearest to the audience with wind and percussion placed behind them. Should the balance between the spatial orientation and volume of each group of instruments collapse, the music would disintegrate. For that reason, uniform clarity of sound that allows each instrument to appear before the eyes of the listener is not demanded of this type of music. Even for classical music, a string quartet, for example, would have a narrow dynamic range and the clarity of each instrument would be more prominent. For rock and pops on the other hand, spaciousness is not as necessary as for classical music, and so there is greater emphasis on clarity than spaciousness.
These preconditions are very important, particularly for earphone and headphone listening, and it has become apparent that the implementation of appropriate target curves and driver design result in deeper enjoyment of music.

Comes in 5 sizes – SS/S/M/L/LL
Interchangeable dust filter
The open portion of the dust filter may become soiled with earwax, etc. For the A8000, we have shaped the dust filter in such a manner that it can be removed and replaced by the customer, and a replacement dust filter is included as an accessory.

* The product comes with a dust filter already installed, and so there is no need for the customer him or herself to install one after opening the packaging for a new product. In the event that the dust filter becomes soiled over an extended period of use, the customer is kindly requested to replace it using the included dust filter accessory. Please refer to the user manual with regard to the methodology for replacement.
Aluminum & Silicone hybrid carry case
The aluminum carry case has been designed to strike a balance between fitting in your pocket and protecting the A8000. Cut aluminum is used for portions to which force is applied. The interior is a soft silicone dome to prevent scratching. Attention to detail is evident by other labor, such as inclusion of an internal partition to prevent the chassis from getting scratched by moving back and forth.
Specifications

Accessories
Aluminum & Silicone hybrid carry case, MMCX ASSIST, Ear tips (E type, 5 sizes), Ear hooks, Replacement dust filter
How to wear the earphones
This product is an earphone that is hung over the ear. The transmission of touch noise to the ear can be prevented by placing the cable on the ear to achieve a comfortable fit.
STEP1 Confirm the R and L marks on the inside of the chassis. R is right, and L is left.
STEP2 Run the cable toward the front from behind the ear, and insert the earpiece of the earphone into the ear.
STEP3 If it is difficult to fir the earphone into the cavity of concha, try to insert the earphone while pulling back and somewhat upward on the ear lobe.
* If the cable does not fit on the back of the ear, please use the ear hook accessory.
* If the fit is too loose, try changing the size of the sleeve. In some cases, the size of the left and right earpieces may be different.
Aging
Aging is a phenomenon by which sound changes by continued use over a certain period of time. A driver unit produces sound through the vibration of an extremely thin heat-formed film. The cause is not clear, but it is thought that the film might become accustomed to the stress applied from the forming of the film or stress from the adhesive through continued use over time so that minute signals can be transmitted easily. A long period of time is required before the aging effects on this product become unnoticeable. Generally, through 150 to 200 hours of ordinary use sensitivity increases to achieve the level of sound quality for which the product had been originally designed.
Sound quality reviews
Sound is not muddy at all, extremely high clarity. The vocals and instruments comprising music can each be heard perfectly, and music can be enjoyed with a good feeling. Offers unparalleled reproduction of sound from percussion instruments, piano and other instruments for which good sound build-up is particularly demanded. From classical music to pops, rhythm can be vibrantly delineated. Furthermore, each sound is localized as a silhouette floating in space, as a preface to that, every nuance of vocals is perfectly reproduced, therefore new inspiration can be attained from familiar tracks of music to which one has already become accustomed.
User’s manual
Right click the button below and choose “Save link as” to download.
Gallery
*The images in the Gallery below may be used on SNS, personal bogs and the like, and for review contributions.
It is forbidden to use the images to introduce products on internet auction sites or on shopping sites such as e-bay. 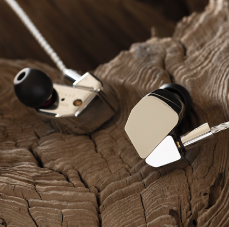 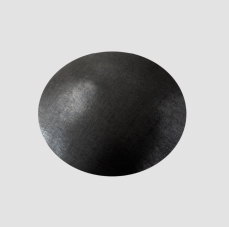 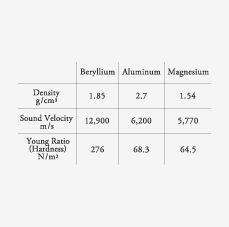 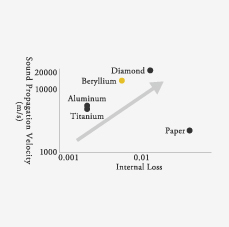 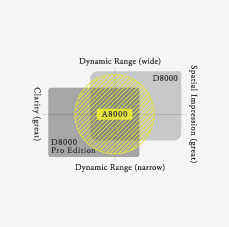 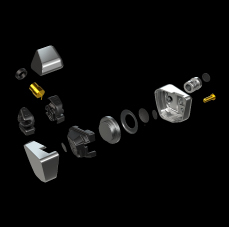 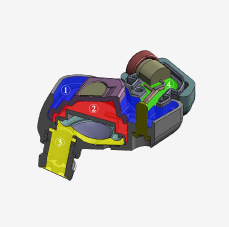 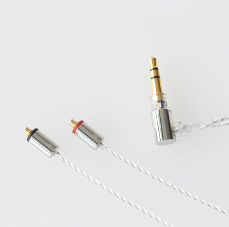 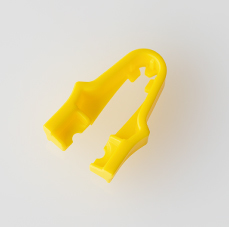 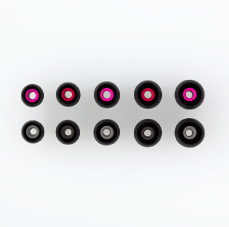 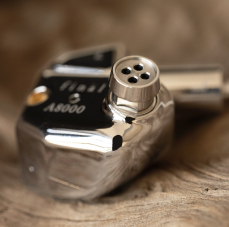 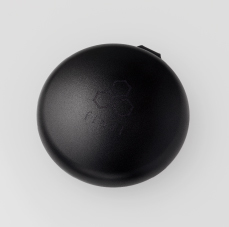 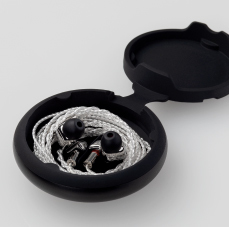 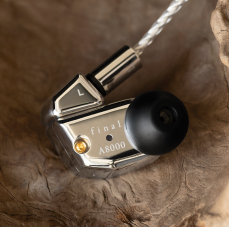 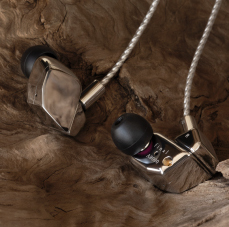 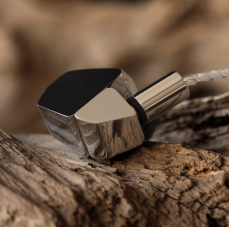 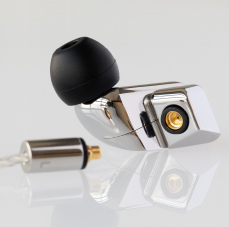 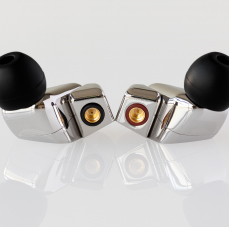